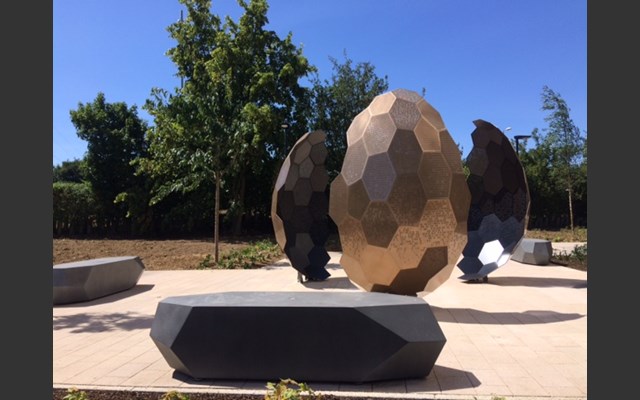 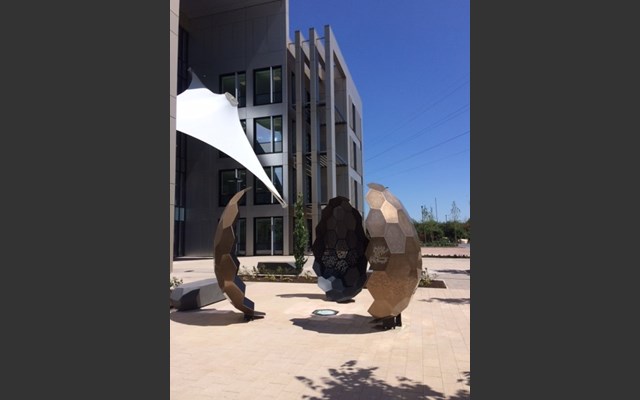 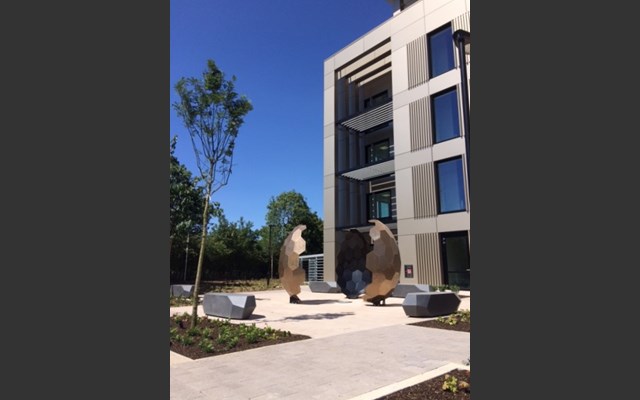 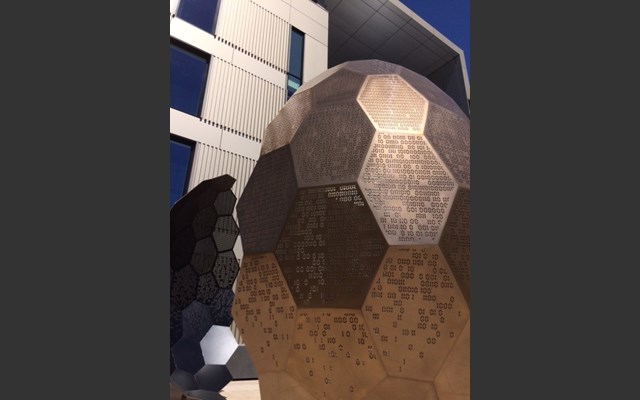 Place Services managed the commission of an exciting new public artwork on behalf of St John’s College, Cambridge for the St John’s Innovation Park and forms part of the new Maurice Wilkes building at the Park.

The artwork ‘Hatch’ has been designed by Acrylicize and looks to celebrate the significant achievements of Sir Maurice Wilkes within the development of computers.

Sir Wilkes studied mathematics at Cambridge, later becoming Emeritus Professor at the University of Cambridge’s Computer Laboratory. Sir Maurice has been called the father of British computing; amongst his many achievements was the design and creation of Edsac, a computer that ran its first program in May 1949. The Cambridge machine was the first widely-useable stored programme machine and was very influential on the embryonic British computer industry.

‘Hatch’ is prominently positioned at the southern entrance of the new facility for knowledge-based businesses, the location holding a commanding position on one of the main routes into the City of Cambridge. The three-sectioned, facetted egg form represents the birth of new ideas at the park, whilst the binary code etched through the form provides coded information about Sir Maurice Wilkes and his contribution to computing alongside referencing the development of computers.