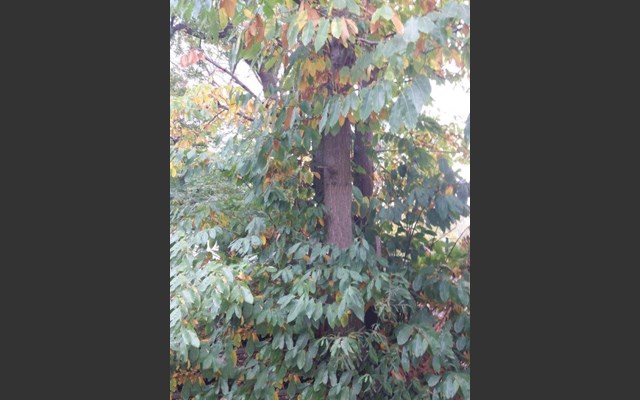 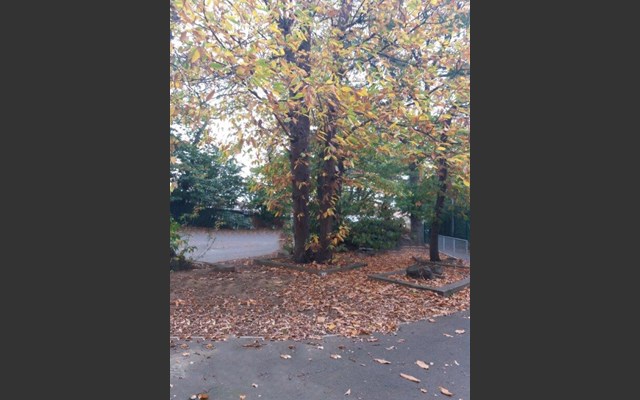 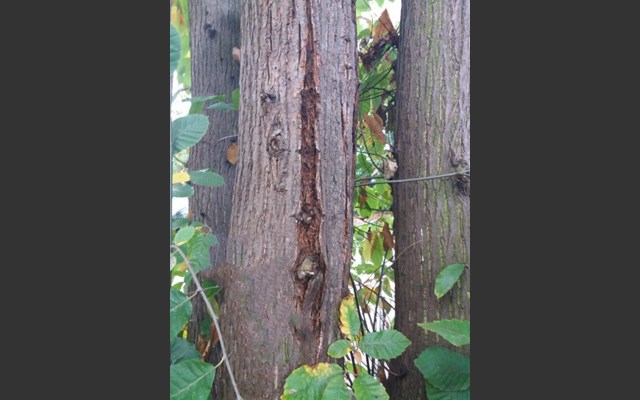 In 2011 a fungus known as Cryphonectria parasitica was discovered in southern parts of Britain. The fungus can prove fatal to the tree species Castanea sativa commonly known as Sweet Chestnut, hence the disease is referred to as Sweet Chestnut Blight. The pathogen gains entrance via open wounds or even small cracks caused by bark fissures. After time, cankers will be noticeable up the main stem along with branch girdling and possible crown die back. Wilting leaf is a customary symptom above any blight canker with dark leaves hanging down, while new vast epicormics shoots are developing below.  Sweet Chestnut Blight is extremely destructive and has caused severe damage to the American Sweet Chestnut species Castanea dentata in North America. Europe has also experienced many confirmed Blight attacks and the disease is now present in Britain. Due to this increased risk, intensive surveys are needed to measure the level of threat to British trees and the spread of the infection to individual trees and woodlands.

Place Services’ arboriculture team attended training days provided by the Forestry Commission to give guidance on inspecting potentially infected Sweet Chestnuts. The course included methods of gathering data and obtaining samples, as well as how to follow strict bio-security protocols. Further training will be undertaken in the future as the study of this emerging disease progresses and more effective survey and control methods become available.

The Place Services team conducted a Sweet Chestnut survey in October 2017 within two districts:  London Borough of Bromley and Sevenoaks in Kent. Four sites were chosen for this examination: two neighbouring, privately owned woodlands and some nearby farm land, all located in the London Borough of Bromley, and a country park in Seven Oaks, which was by far the biggest area of Sweet Chestnuts that the surveyors had to cover.

A team of two surveyors managed to inspect these sites within a period of ten days, intensively inspecting over 750 trees, checking for Sweet Chestnut Blight. In addition, routine observations were also conducted for Oriental Gall Wasp, as Sweet Chestnut also plays host to this pest, which has recently colonised the UK. Collecting grid references of potentially infected trees and data entry were vital tools in these surveys.  The disease may only be located in one small part of a woodland or even just observed on one of many trees, therefor accuracy of recording information cannot be stressed enough. The reason such intensive surveys were carried out was that Sweet Chestnuts located in the not too distant Burstead Wood, Bexleyheath, Kenthave tested positive for the Blight. Spread to the trees included in the inspection areas is therefore highly likely. On this occasion, fortunately no blight was found, and the selected sites showed healthy Sweet Chestnut stands.

Place Services has assisted the Forestry Commission for several years with similar surveys, and is their lead contractor in the east and southeast region on the pests and diseases framework. It is a working relationship in which we hope our professional expertise will be integral for many years to come.