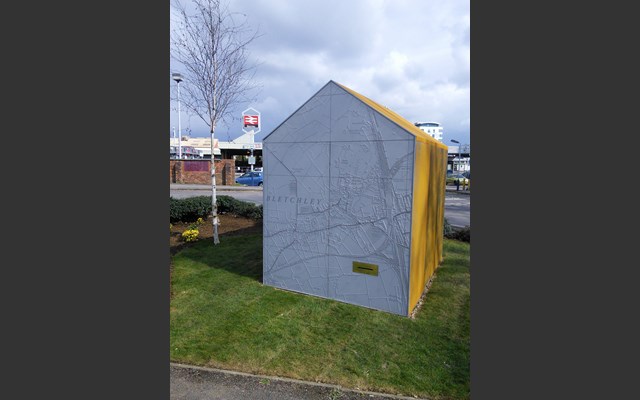 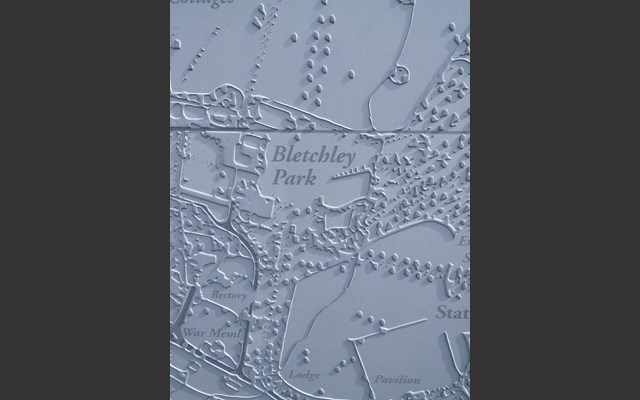 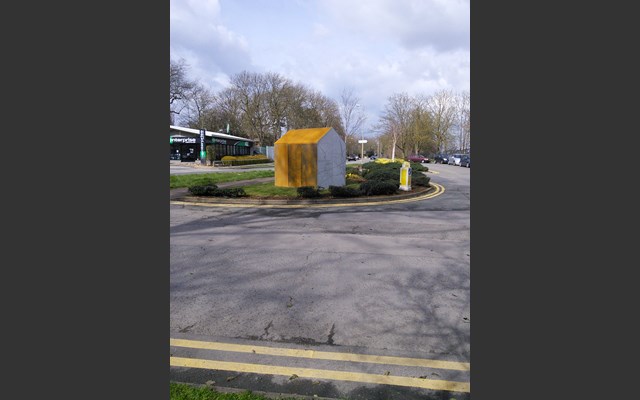 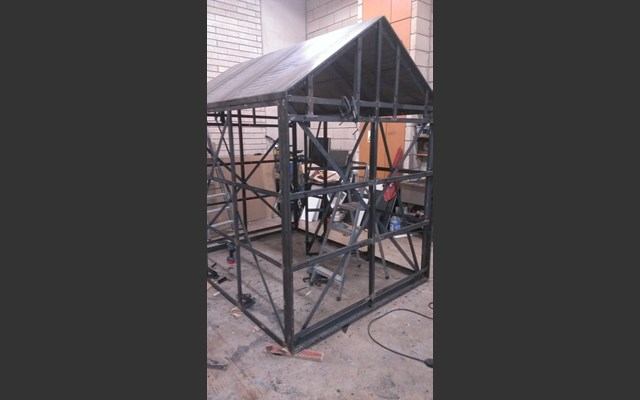 A permanent public artwork has been located outside Bletchley Station. The hut form has no obvious entrance but it does have a small brass letterbox capable of receiving messages. The work references various aspects of Bletchley's rich history, drawing particular attention to the history of Bletchley Park and the code breakers who worked there during WW2.

Artist David Appleyard was appointed to deliver a work that creatively interpreted the rich culture and heritage of the West Bletchley.

A series of community engagement and consultation events were delivered throughout the commission and informed the resulting artwork.

The gable ends of the hut are cast in a fine glass reinforced concrete and detail a 1938 OS Map of Bletchley in low relief.

The resulting piece ‘NURP 40 TW 194’ was titled after a carrier pigeon found in the area. The pigeon was believed to be on its way to Bletchley Park during World War II.

The piece is located near the main entrance to Bletchley Train Station and was installed in 2014.

Materials: Corten steel and pre-cast reinforced concrete assembled from flat sections to for the hut.